A world tour of the best achievements of the illustrious 1982 vintage.

As soon as it was released, a number of tasters listed the 1982 vintage as legendary, comparable to some great icons of the 20th century. 35 years later, Baghera/wines has the immense pleasure of inviting amateurs to a retrospective tasting of the majestic 1982 vintage: a trip around the world of the best achievements of this exceptional year.

Dominique Fornage will lead this trip.

A passionate man speaking of 1982 immediately thinks of Bordeaux, which, that year, produced a legendary vintage that remains a dream to this day.

But what about other regions? Did they also produce great wines? The goal of this exceptional event is to review the Bordeaux 1982 vintage thirty five years after their harvest and to compare other famous vintages of this vintage.

Here is a presentation of the year 1982 for the Bordeaux reds...

This vintage was immediately praised. The climatic conditions were among the most favorable of the century. June was hot, sunny and dry. The heat also accompanied July, and the vegetative cycle was perfect. August, slightly cooler, saw some beneficial thunderstorms swell the berries. September turned everything into a miracle: three weeks of intense heat without a drop of rain, with a very warm south wind. The harvest gave practically overripe grapes, with a high alcohol content.

This basic richness worried some commentators because it was accompanied by a relatively low acidity (however appreciably the same as that of 1959 or 1961). The fear of an overly tender wine did not last long, as the 1982s turned out to be the most concentrated and richest in extract since 1961.

The vintage also experienced record quantitative production at the time, which is still a subject of controversy. For some, the 1982 will not last as long as the very low-production vintages, such as 1945 and 1961. For others, the keeping will not be a problem, given the quality of the wines.

1982 arrives at a pivotal time. The high temperatures at harvest and during alcoholic fermentation almost degraded the perfection of the fruit. Modern cellar equipment has avoided problems that would have affected earlier similar crops. The experience was then used for the 1985, 89 or 90 vintages, which were also marked by hot weather. But the latter have “benefited” in addition to other important technological changes allowing better “control” of the whole vinification.

I thus allow myself to compare the eras of the great vintages 1961 and 1982. If 1961 makes the perfect link between the era of so-called “old” wines and the advent of modern oenology, 1982 makes the perfect link between so-called “modern” oenology and the technological upheavals of recent years, of which the concentrator is the most striking example.

The wines of 1982 have always been marked by ripe fruit and opulence, glycerol rounding off the enormous extraction. We are truly in the presence of sumptuous wines from the time of harvest until today, and certainly for a long time (for the best).

The veneration carried by the great collectors in 1982 can be compared to that of 1961 or 1945. This relates to the prices that one must pay to acquire them. They were already raised in the spring following the harvest, and have never stopped increasing. 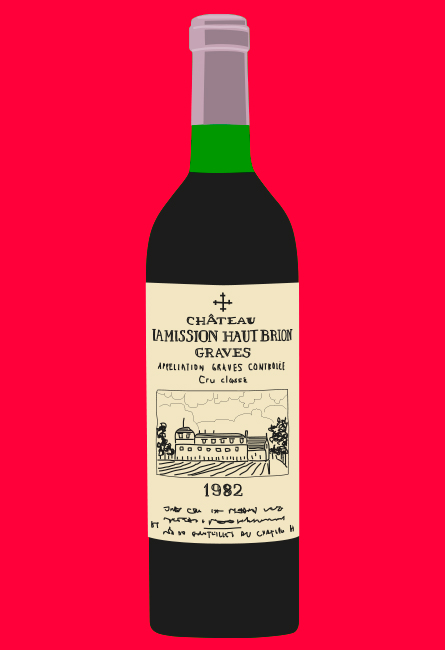